Here we are again, at probably the weirdest, most surreal personal timeframe since I started this blog. Lots of reasons why that is, all of which will probably become clear over the next few months. Chief among them is the small human growing within my wife's womb. 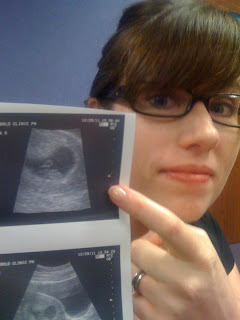 Crazy. So yeah, that particular project has a release date of 8/5/12. [pauses for nervous puking].
Meanwhile, in addition to the various movie things (Soon (pre-pro), Experiment (foreign), Imago (post-pro)) we've been busy working to finish our comedy webseries, Placeholders. Yes, you read that correctly. Comedy. With minimal horror incursions (though they are indeed there). For those that haven't heard of it yet, Placeholders focuses on the producers providing content to Channel 19, the (fictional) local public access station. We've got an everyman, a preacher, a racist, a gun nut, an animal rights activist, a wannabe actress/model, a sexually aggressive administrator, a porn guy, some Russian mobsters, a guy with half a face...suffice to say, it's pretty wacky. It also provides me a chance to gain some catharsis by using a lot of my crappy film experiences (and the crappy people I've met during same) as comedic fodder. What, me use autobiographical stuff in a script? Yeah, I guess it's to be expected at this point.
Placeholders is also a pretty fun project in that we had several guest directors join us for the run. Besides myself, Robert Luke, Jerry Ochoa, Carlos Tovar, James LaMarr, Cliff Holverson, and Chris Warren each took the reins for an episode at one point or another. I've seen most of them all, and yeah...I can't wait. The cast (comprised of TONS of folks we'd worked with already in some form or another, plus some awesome new discoveries) really knocks it out of the park in the hilarity department. Enough talking...why don't I just show you? Here's a playlist of a bunch of teaser clips from the series.
Stay tuned for info on the Placeholders series premiere, which is going live this week. And keep checking back for more blogs as we release the episodes...we had a few generous production equipment vendors hook us up with some gear during the Placeholders shoot. Now I have to review it :). Shouldn't be hard, as it all made my on-set life much simpler.
More news on the other projects coming up soon, but in short: we're working on closing a couple foreign Experiment deals, we're doing a bunch of Imago ADR/sound mix stuff on the Left Coast soon, and we've got some stuff happening with Soon/Light that we just can't wait to share. Busy over here, as always. Back shortly with more!
Posted by upstartfilmworks at 8:23 PM

Terrific news all around - can't wait for the Placeholders premiere!